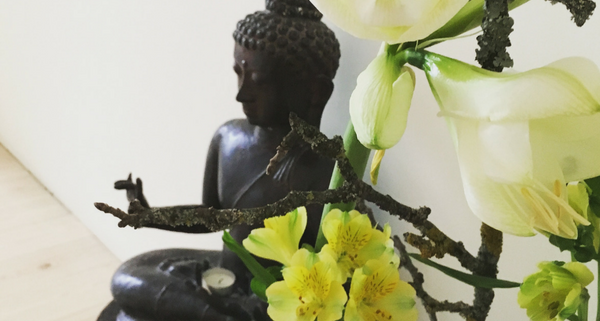 Born in Long Island, New York, David was one of the few western monastic disciples of Chan Master Sheng Yen, practicing under his community’s guidance for 11 years, starting in 2004. After graduating from the Dharma Drum Sangha University in 2006, he served as the counselor for the male students of the Chan Meditation Studies Department. From 2009 to 2014, he was stationed as the Director of the Dharma Drum Retreat Center, New York, to mentor and instruct hundreds of volunteers, visitors, and practitioners. In addition, he attended, assisted, and led numerous intensive meditation retreats and lectured on Buddhism throughout the U.S., Taiwan, and Europe.

After returning to lay life in 2015, David Listen became a life mentor and is currently studying for his master’s degree in Mental Health Counseling at Hunter College in New York City, to broaden his understanding of Western psychology and to deepen his experience in mentoring and counseling. He continues to lead Chan/Zen meditation retreats, lecture on Buddhism, as well as write about the Buddhist practice of living wisely. He is fluent in Mandarin Chinese and is currently translating classical Chinese Buddhist texts into modern accessible English.

More information of his work: davidlisten.com