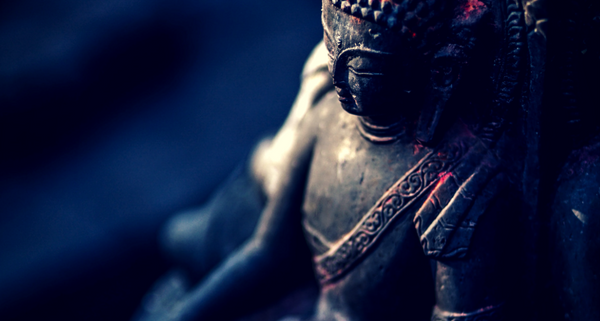 A changing view of the body

In our society it’s all about the body. Looking good, being toned, ripped, sexy, desirable, having shape (the right ones!), smooth skin and so forth are seen as an important – if unspoken – achievement. The opposite is failure.

This obsession with physical appearance has crept into the modern yoga world, with yoga magazines and brands depicting the modern yogi as a desirable, thin or athletic, sexy individual whose life is all about looking and feeling wonderful – and being ravishing in a pair of yoga pants!

This focus on outer physical appearance could not be further away from the view of the early, ascetic schools of yoga in India or the later Buddhist yogis. Rather than seeing life as about sculpting the body into some desirable form, the early ascetics viewed the body as an obstacle to spiritual evolution. Rather than spending one’s days worrying about diet, protein intake, weight loss, muscle mass, and all the countless other metrics we are told to pay attention to today, the early yogis rejected body consciousness and dedicated themselves to transcending it.

Why were those forest dwelling yogis of old so down on the body? Because they considered the sensual nature of the body impure. It chained the practitioner to the material world – the world of burning desire and aversion – and separated her from the eternal or the divine. The yogic goal was to transcend such a materialistic existence and to unite with the divine, the eternal and the pure.

As the cultural climate started to change in India, with the rise of the Tantric period of Indian history, during the first millennium CE, the perception of the body became less negative and more positive. Rather than the cause of vice, degradation and naughtiness, the body became the temple of the divine which the practitioner sought to experience within him or herself. A vehicle for transformation, it needed to be purified, preserved and kept healthy to reach the goal of yogic practice – moksha: the merging of the atman (individual soul) into the brahman (ultimate reality, the divine).

In either period – the earlier ascetic or later tantric times – they made a dualistic distinction between matter and spirit, relegating matter – prakriti – to a lower status. The body, being composed of matter, was seen as less important as the spiritual soul within. It needed to be mortified and purified in order to transcend it. The concept of purity was dualistic also, since purity and impurity exist only in opposition to one another. 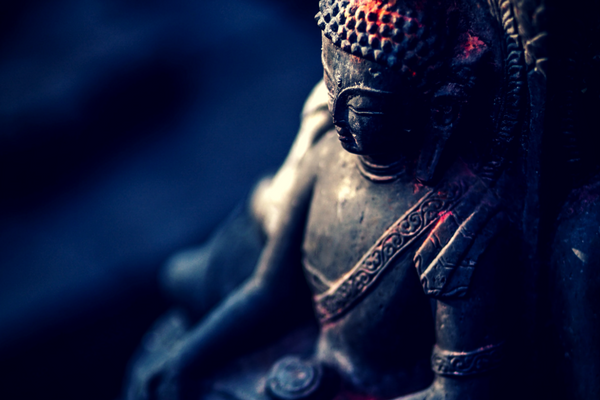 The Buddhist teaching goes beyond the dualistic opposites of matter and spirit and pure and impure and perceives that the nature of the body and the mind are identical. By its nature, the body is neither pure nor impure, but simply “such”, the way it is – tathata.

What we call “my body” is inherited (biologically, genetically and culturally). We are responsible for it, but we don’t own it. Our body is a consequence of a long chain of causes and conditions coming to fruition. The “my body” view is distorted, which results in distorted treatment of the body. We treat it as an object that ought to fulfill our different expectations – to look and perform a certain way, to achieve, to seduce, to always be “beautiful”.

Buddhism and misperceptions of the body

Buddhist practice is concerned about seeing things as they are, not as we wish them to be. To help with this, the Buddhist tradition talks about right and wrong views; those understandings that are a closer approximation to reality and those that are completely off. Same goes regarding views of the body. Wrong views of the body include:

So what is Buddhist Yoga? 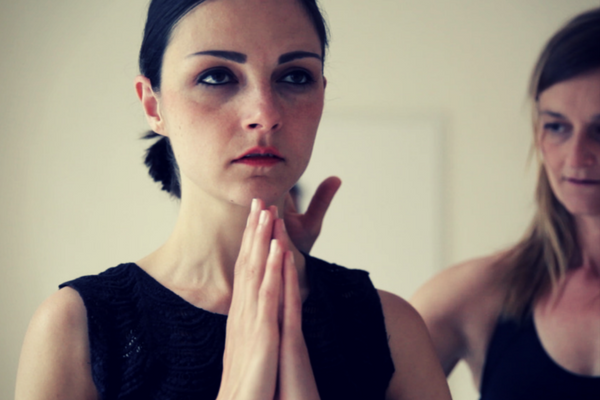 An important difference between the yogic and Buddhist teaching is that Buddha questioned the existence of the eternal soul, or atman, and did not perceive the unification of atman and brahman as liberation. He understood that those deep states of union, no matter how special and ecstatic, are also transitory and impermanent. Therefore, Buddha turned towards one thing that everyone else was running away from – the impermanence itself. This was a revolutionary turn around that remains one of the main insights of Buddha’s teaching – that everything is impermanent. There is nothing to hold on to as fixed and eternal. Everything is constantly changing, arising and ceasing.

In Buddhist yoga, physical practice will help us to experience this directly. It brings the body into balance and deeply relaxes it so we can work with the mind through observation, or mindfulness, and eventually apprehend the true nature of the body, or its suchness. We are interconnected with the natural world, coming into existence due to numerous causes and conditions that wove together the fabric of our life. There is nothing fixed and separate. Buddhism calls this ‘emptiness’. A direct experience of this is the deeper outcome of Buddhist yoga practice.

Mindfulness starts in the body

Mindfulness practice, coupled with ethics and study, leads towards a new perspective on life.

In the Satipatthana Sutta, or the Discourse on the Foundations of Mindfulness, generally regarded as the fullest instructions on the systematic cultivation of mindfulness, the first foundation of mindfulness is that of the body. The other three are feeling, mind and the objects of the mind.

Working with the body in the four postures discussed in the Satipatthana Sutta – sitting, standing, walking (moving) or lying down – is the foundation of Dynamic Mindfulness yoga.

What is Dynamic Mindfulness Yoga? 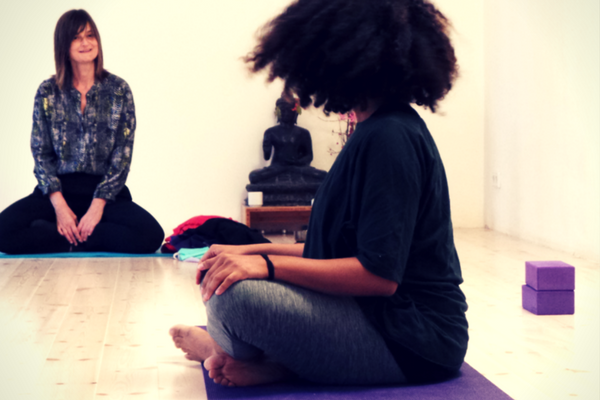 Dynamic Mindfulness is a contemporary yoga style grounded in Buddhist wisdom.
In our mindful yoga classes, you will be guided to step out of logical, compartmentalized thinking into an experiential journey and to feel the body as a continuum of experiences, directly, from within the body.

Yoga asanas are not ‘forms to achieve’, but expressions of a journey. Holistic, biomechanically informed transitions enable one area to support another, intelligently moving from place to place and expressing mindfulness in motion.

Even though physical practice will make you strong, mobile and balanced, the purpose of mindfulness yoga practice is not to achieve different shapes with the body. It is rather a body based awareness practice that offers excellent benefits to your physical health, too.

You don’t need to be a Buddhist to practice or teach the Dynamic Mindfulness style of yoga or to benefit from the effects of this practice. Such a decision should come from a deep personal resonance with its teaching and path.

The conclusion is that the body isn’t something we need to obsess over, discipline, reject or deny. It is what it is. And one of those things is an incredible vessel to take you to a deeper connection with the most beautiful and profound reality. A yoga practice informed by the richness of the Buddhist tradition isn’t concerned about “being sexy” or “looking absolutely amazing” – though you will feel amazing – it’s focused on cultivating present moment awareness and seeing into the reality of things. And what a beautiful sight that is. 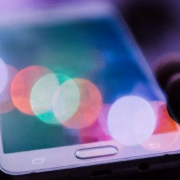 Bringing mindfulness to our digital lives 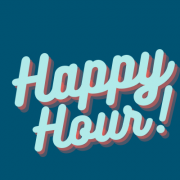 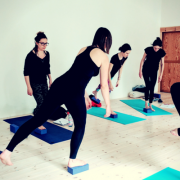 Categories of Yoga Asanas (Part I) 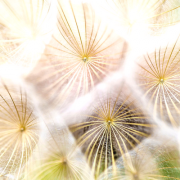 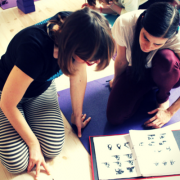 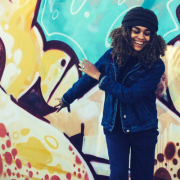 Dancing for joy on the path

Categories of Yoga Asanas (Part I)